I grew up in Southern California and lived on Mexican food. One of my favorite foods was carne asada. It could be purchased from any grocery store. When I moved to a small town in Colorado I found that no store carried it and people always asked me what is Carne Asada? Since I could no longer buy it from the store I made it my mission to come up with the best ever carne asada recipe.

The recipe is great because it is best if you make it the night before and it cooks very fast. This recipe feeds 5-7 people.  Veggies that go well with Carne Asada are peppers, onions, avocado, and tomatoes. 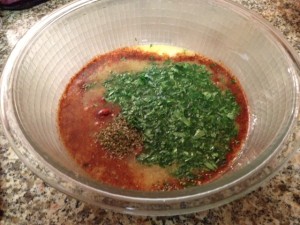 1. Combine all of the ingredients into a glass bowl except the flank steak. 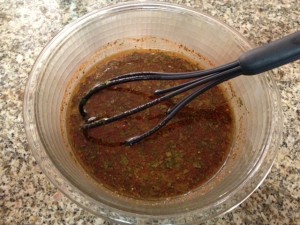 2. Whisk the ingredients together until they are well combined. Put a small amount of marinade in a separate bowl to pour over the meat after it is cooked. 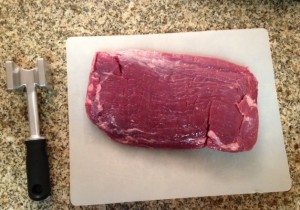 3. Now it is time for the flank steak; set the marinade to the side. Get out a meat tenderizer. If you don’t have a meat tenderizer you can also use a rubber mallet or anything with a flat surface. 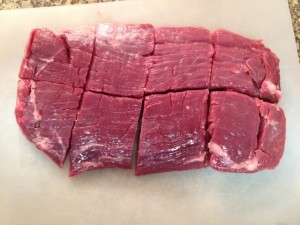 4. Cut the steak into equal sections (it is easier to flatten in smaller sections). 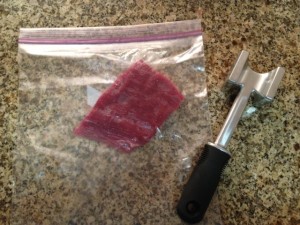 5. Place one section of meat into a large ziploc bag. Work on a section of your counter that is sturdy as you will be using a lot of force to get that meat flat. 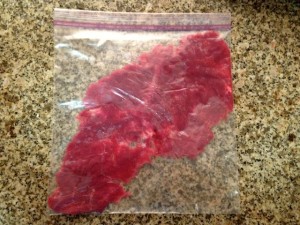 6. Pound the meat until it is 1/8″ – 1/4″ thick. Take it out of the bag and place directly into the marinade. (You can now see why I cut the meat into small sections).

7. After all of the meat is submerged in the marinade, cover the bowl and place it in the refrigerator overnight.

8. Cook the carne asada on the grill over medium heat. Cook for approximately 5 minutes on each side.

9. Finally enjoy the carne asada as is or eat like a taco by placing the meat into a flour tortilla. Everyone is sure to think that this is the best carne asada that they have ever eaten.