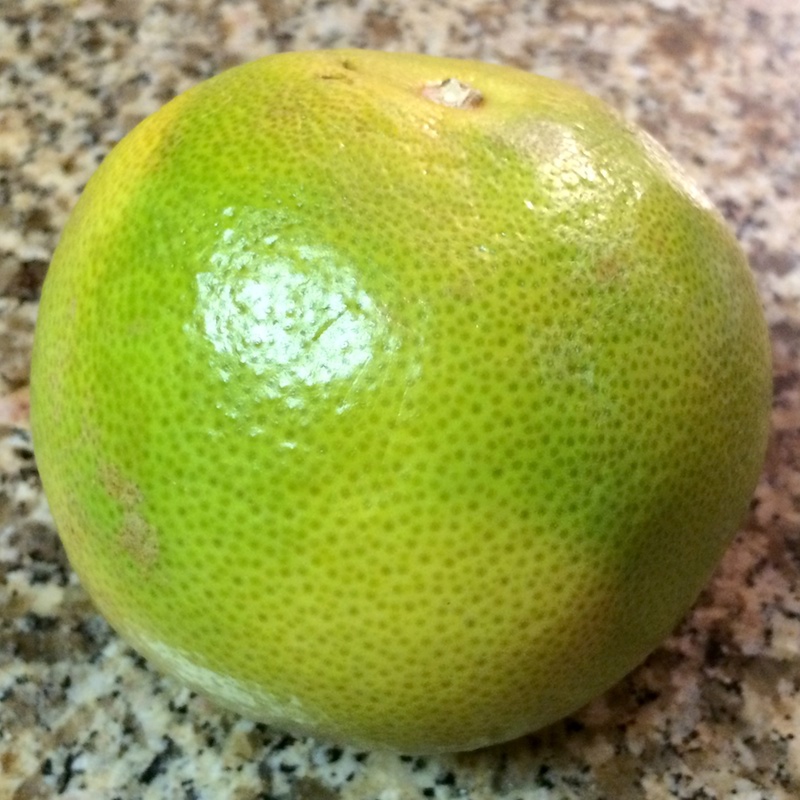 Pumelo is a large citrus fruit

A pumelo is very similar to a grapefruit with the exception of its color. It is a large citrus fruit, weighing in between 2–4 lb or 1–2 kg and its size in diameter can reach 6–10 inches (or 15–25 cm) once fully grown.

It has a much thicker rind than its cousin the grapefruit. The rind inside is typically a greenish yellow colour.

It is known as the largest citrus fruit in the world and largely appreciated in across all south Asian.

I like the grapefruit’s taste, slicy bitter taste and refreshing for a morning breakfast. I personally I tryed a pumelo in a fruit salad in Thailand and.. love it. It has a tiny sweet taste, along with a slightly bitter aftertaste. But I had other fruits so difficult to express full taste.

What I can say is that the pomelo fruit is refreshingly delicious. It does taste (exactly) like a grapefruit thow without the bitterness flavor. You can buy the yellow ones and pink-centered pomelo fruits. These are (I was told) to be the more sour-tasting fruits.

Pumelos are native and easely found in the South and Southeast Asia markets. 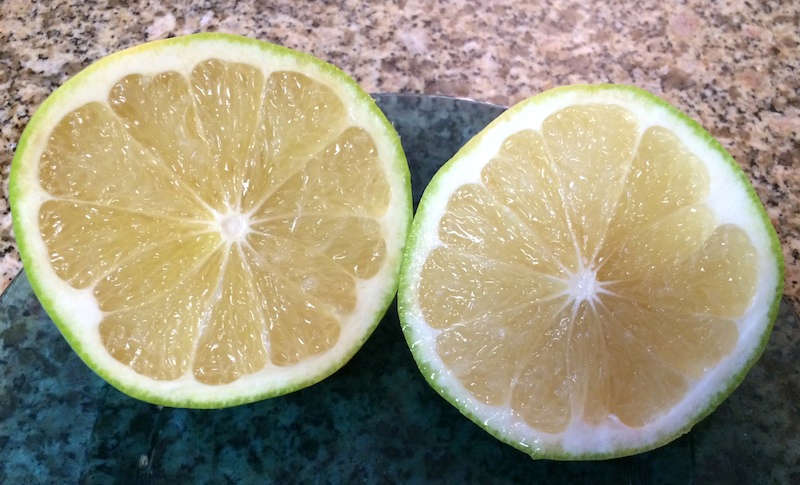 How to eat a pumelo?

A pumelo can be eaten like a grapefruit or an orange. They are so large in size that a half of a pumelo usually fills you up.

Be aware of the rind and membranes between pomelo segments these are both inedible. Do remove them. Although some countries do cut the rind to flavor some meals.

A quick way to open and eat a pomelo is to gently cut it and peel the rind and membranes with your bare hands, like you would do to peel an orange.

A pumelo/pomelo can also be cut in half and eaten with a spoon, just like a grapefruit. I choose this method because the thick peel is difficult to remove with my fingers, and to be honest its much less messy and quicker.